Brexit and its consequences for you

The position of the United Kingdom within the EU

What does this mean for you?

As a result of the growing number of international families – an estimated 16 million – there has been an increase in cross-border disputes about (family-)law issues in the EU, with Brexit as an extra complicating factor. The number of international divorces in the EU amounts currently to around 140,000 per year. The number of children born from relationships between unmarried parents with different nationalities has also increased. Furthermore, every year there are around 1800 cases of child abduction in the EU¹.

In June 2016, the Netherlands Bureau for Economic Policy Analysis (CPB) has done research into a number of different forms of a new relationship between the United Kingdom and the European Union. The outcome was that Brexit will cost the Netherlands billions in euros due to less trade with the United Kingdom. Many studies show that a Brexit will have a negative effect on the British economy.

Nothing will change for the time being …

In so far as the United Kingdom takes part in the EU legislation and regulations via the so-called opt-in procedure, the legislation and regulations will apply and citizens and companies can continue to rely thereon. The United Kingdom is still a full member of the European Union and will in any case remain so until 29 March 2019 – two years after the United Kingdom has announced that it wants to leave the EU – or until such another date if the United Kingdom and the EU have concluded an agreement about the withdrawal from the EU, the so-called Article 50 procedure. As time progresses it seems to become ever more improbable that such an agreement will be concluded before 29 March 2019.

On 8 December 2017, the negotiators of the EU and the United Kingdom reached a preliminary agreement about the first phase. In this agreement arrangements have been made about:

The foregoing arrangement does not provide a final deal on security since the arrangement made only applies for eight years. The manner in which the rights of EU citizens in the United Kingdom and of British citizens in the EU will be safeguarded after the period of eight years has passed, as well as the uniform explanation of the regulations referred to hereinabove, has not been regulated and   is therefore uncertain. Moreover, the preliminary arrangements made are still to be worked out in greater detail in the Withdrawal Agreement, which will prove to be not so simple. For instance, much is still not clear with respect to the situation in Northern Ireland. Upholding of both the Good Friday Agreement of 10 April 1998 and by that an open border between Ireland and Northern Ireland does not go well together with holding on to an exit of Northern Ireland from the internal market and Customs Union.

It seems to become ever more improbable that the United Kingdom and the EU will succeed in concluding a comprehensive regulation about the withdrawal of the United Kingdom. There is a growing body of opinion both within the United Kingdom and within the EU saying that it is advisable to agree on a transition period as long as the negotiations have not been finalized and the implementation of the withdrawal agreement has not been completed. In doing so, Brexit should have a “soft landing”. Whether this will actually happen, is unclear. Article 50(3) of the EU only provides room for a negotiation period longer than two years if all the Member States unanimously decide to extend that 2-year period: the United Kingdom must agree to such a proposal to extend and the other Member States must subsequently decide positively and unanimously thereon.

On 17 October 2019, the United Kingdom signed an amended provisional withdrawal agreement with the EU negotiators ("revised Protocol on Ireland / Northern Ireland" and a "revised Political Declaration on the framework of the future EU-UK relationship").

What has changed compared to the previous provisional agreement?

This revised protocol offers a legally effective solution that avoids a hard border on the island of Ireland, protects the economy of the entire Irish island and the Good Friday Agreement in all its dimensions and guarantees the integrity of the EU Single Market. In a limited number of areas - goods, sanitary rules for veterinary controls (“SPS rules”), agriculture, VAT rules on goods and EU rules on state aid - Northern Ireland continues to apply the same rules as within the Single Market of the EU. This prevents a hard border on the island. At the same time, Ireland continues to be part of the customs union within the United Kingdom. The Northern Ireland Assembly has a decisive vote on the long-term application of EU single market rules in Northern Ireland.

The revised protocol is no longer an insurance policy that applies, unless and until the EU and the United Kingdom conclude a trade agreement that replaces all or part of it. It is a fully legally effective solution that will continue to apply unless the Northern Ireland Assembly no longer agrees. Every four years the Northern Ireland Parliament will be asked if they still want to maintain the arrangement.

And the change in the political declaration?

The most important change in the political declaration is related to the future economic relationship between the EU and the United Kingdom, with the current UK government opting for a model based on a free trade agreement. The political declaration contains the shared ambition to have a free trade agreement between the EU and the United Kingdom without tariffs and quotas. It states that safeguards on a level playing field should ensure a future relationship based on open and fair competition. The precise nature of commitments will be commensurate with the ambition of the future relationship and take into account the economic ties and geographical proximity of the United Kingdom. This requires safeguards to ensure a level playing field that maintains the common high standards of the EU applicable at the end of the transitional period in the areas of state aid, competition, social and employment regulation, environment, climate change and relevant tax issues, in order to prevent unfair competitive advantages for the EU or the United Kingdom from arising. There will have to be be appropriate mechanisms for enforcement domestically as well as for dispute settlement between the EU and the United Kingdom.

Has the agreement already been accepted?

No, that is not yet the case. The British Parliament and the European Parliament still have to approve this agreement before the agreements can take effect.

Following a request from the UK government to postpone the date for this Brexit until January 31, 2020, the EU agreed to the requested postponement. The new Brexit date will be January 31, 2020 (midnight Dutch time) - or so much earlier as the British Parliament and the European Parliament have approved the withdrawal agreement.

In other words, according to its own bill, the United Kingdom will be obliged to take over the EU law in its own legislation and to apply this law, to automatically recognize the judgments of the courts from the 27 EU Member States and to enforce these judgments, but that same obligation does not exist for the other 27 EU Member States. After all, this obligation is based on regulations which only apply in the United Kingdom and is not based on a treaty concluded with the EU. Moreover, in due course a difference will arise between EU law and the British “adopted EU law”, since that EU law will be subject to amendments, for instance revision as a consequence of the results and recommendations from the consultation and evaluation procedures about the effects of the EU regulations. Such a revision will no longer be implemented in British legislation on a one-to-one basis. In addition, new EU law will be introduced, which will not apply in the United Kingdom. This scenario will probably result in a deterioration of the international judicial protection of the citizens of the United Kingdom comparable to the no-deal scenario of a hard Brexit. It is evident that the British people will be placed in a worse position if (in the future) they have to rely on British rules.

The other scenario is the scenario of a hard Brexit, the so-called “no deal” scenario, particularly advocated by the hardliners of Brexit. In this scenario no exit arrangement is made between the United Kingdom and the 27 EU Member States, but the scope of application of any and all existing EU regulations will lose its effect on 29 March 2019, without being replaced by other regulations. In that case the United Kingdom will have to fall back on existing treaties and conventions to which it is already a party or it has to accede to treaties and conventions which can provide an alternative for the loss of EU regulations. EU legislation and regulations provide far-reaching cooperation between the EU Member States and protection to EU citizens, which are not simple to be replaced by, for instance, Hague Conventions. The (international) judicial protection of the citizens in the United Kingdom will be diminished in this situation with respect to the present situation. The right to free movement of persons and goods (the internal market) will no longer apply in relation to the United Kingdom.

The future must show what the real impact of Brexit will be for citizens and companies. In any case, it will become significantly more complicated. Parallel legal proceedings pending in the United Kingdom and in EU Member States appear on the horizon with a total lack of clarity and uncertainty for citizens and companies as a result. Disputes we had managed to reduce by implementing EU regulations. 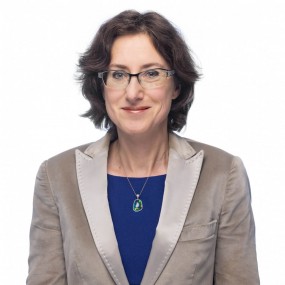