In 2020, the number of reports was 21. On a total population of about 18,000 lawyers, this is not a high number of reports. Do lawyers report enough? There is no known Dutch research into whether lawyers do not report where they should. The FIU's annual report does not provide an explanation either, and there are few (disciplinary or criminal) cases against lawyers for improperly not reporting an unusual transaction.

Although the report speaks of the importance of cooperation with private partners, the FIU seems to be primarily concerned with banks and financial service providers. This is not surprising, as the FIU's limited capacity can be effectively deployed primarily there. Much is said about the improved cooperation with banks and the improvement of analyses. This cooperation is a major benefit in the fight against money laundering, according to the FIU.

The rest of the AML reporting agents, jewellers, car dealers, estate agents, accountants and the art world, do not receive much attention. Their existence is only mentioned. As far as we are concerned, more cooperation with the other reporting groups could be very useful in the fight against money laundering and terrorist financing. The FIU should inform the sectors about the kind of reports it wants to receive. By this we do not mean the exotic examples in the annual report or on the website. The fact that 9 out of 13 reports made by lawyers concerned suspicious transactions seems to indicate that only evidently criminal matters are reported. In the fight against money laundering, however, it is also about unusualities that are not obvious from the file, but where the service provider is inadvertently misled. For this, however, it is necessary that the investigative authorities share knowledge. That happens too little.

Back to the question whether lawyers report enough. Most lawyers are not working in cases where AML-reporting duties apply. The 1.8 million proceedings before courts conducted annually in The Netherlands are not relevant as AML-duties don’t apply. Suppose every lawyer handles 100 cases a year, that also happens to amount to 1.8 million. The Legal Aid Board reported in its annual report for 2021 that 347,815 legal aid subsidies were issued to 6218 lawyers and 803 mediators. These are also not cases where AML-reporting duties apply. The AML-legislation is not applicable to the traditional lawyer's work in which the lawyer wears a robe and goes to court, but only when a lawyer advises on financial-, real estate- and corporate transactions. That work is done by a limited number of lawyers, generally at the larger firms. In the Netherlands, a top 50 of larger firms is published annually by SDU. Suppose that AML-regulated work is done at all these offices, which is not the case and that there are another 50 offices where these kind of cases are also handled. With an average of 100 such cases per office per year, Dutch lawyers annually handle about 10000 AML-regulated cases. It may be that there are two or three times as many, but then it still remains a relatively limited number that lends itself well for research and all kinds of analyses. The results can be used in the information provided to those law firms by the FIU, or by the Bar Association, and that will lead to an improvement in the quality of the reports. Perhaps this will also lead to a higher number of reports, but certainly to greater support for the lawyer as gatekeeper. Who will take up the gauntlet? 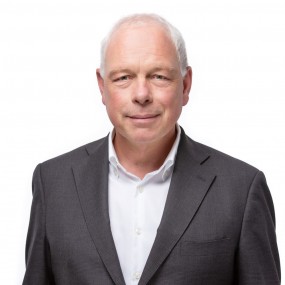 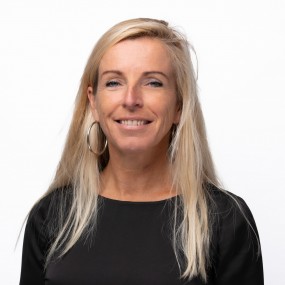